After the Formation Center for young girls was founded in Ngong * (40 kms distance from Garoua) 10 years ago, the Sisters of the Sacred Heart planned a project to build a healthcare centre.  It will finally see the light of day. 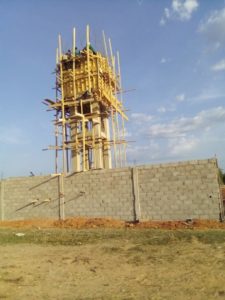 The first step was building the water tower.  The day that the first stone was placed is now a reality.  It 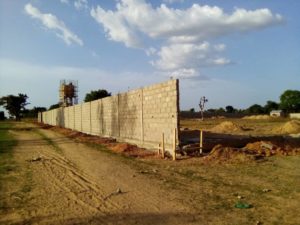 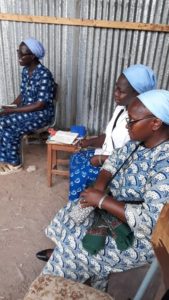 *On the political level Ngong is a cosmopolitan city: we find the Guidar, Moudang, Toupouri, Daba, Guiziga, Mada, Kapsiki, Peulh, Massa, Mafa, Lele, Bamilekue, and Bassa peoples; in short we find almost all the ethnic groups of the Great North of Cameroon and even those of the neighboring countries of Chad, Nigeria, and Niger.  NGONG has more than 200 public and private primary schools and secondary establishments, namely the Classical High School of Ngong, the Bilingual High School of Ngong, the Saint André College, the Sacred Heart College, and the Gazelle College.   Ngong hosts one of the most important oxen markets in North Cameroon. (Source Wikipedia)

Global day of prayer for climate: May 24th

Chaos waits for a word of inspiration

Take time … to compose and sing in PNG!